Whether it’s disconnecting from your phone after clocking out or taking off early to get to a recital, everybody has their own ways to maintain work-life balance. But based on a recent study, that balance could be harder to achieve depending on the city you live.

Based on a ranking from the New York-based company Kisi, while U.S. cities often aren’t the best in the world at helping workers achieve this balance, there are some where you won’t burn out quite as quickly. On a 100-point scale, only three U.S. cities achieved a rating barely over 50.

Compare that to Helsinki, Finland, which achieved a perfect rating of 100 in the list of international cities. A total of 16 overseas cities ranked better than the highest-rated U.S. city.

NEXT ARTICLE →
Rose Law Group Founder and President Jordan Rose to speak on Phoenix Business Journal Panel: ‘The State of Business in Phoenix’ 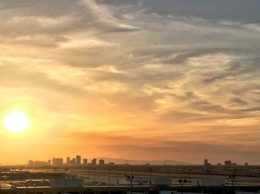