[REGIONAL NEWS] Utah’s Bonneville Salt Flats have been one of America’s most famous speedways for more than 100 years. The salt that stretches for miles and miles in northwest Utah makes the region look like a different planet — one that is uniquely suited to making vehicles race very fast.

But today, the salt that is essential to racing is going away — and a bitter debate is raging over how that loss should be handled.

Amateur racers and their families have been coming to the Bonneville speedway for generations. Olivia Nish, 19, described racing at the flats as a “rush.”

At the flats, racers drive amped-up trucks, motorcycles, streamliners, and more, sometimes at speeds of more than 500 mph. That’s because thousands of years ago, a body of water the size of Lake Michigan evaporated, boxed in by surrounding mountains. The salt that was left behind was moist and cool and allowed tires to grip without overheating. 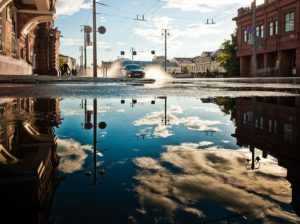