Lucid Motors plans to construct two large buildings in Casa Grande for its electric car manufacturing plant, including one that will be 60 feet tall, according to plans submitted to the city.

The Casa Grande Planning and Zoning Commission will get its first look at the company’s site plan at 6 p.m. on Thursday at Casa Grande City Hall.

The plans show the luxury electric vehicle company is asking for approval for two buildings on the site with a total square footage of 820,000 square feet in its first phase of construction. One building will be nearly 60 feet tall and the second building will be 30 feet tall. 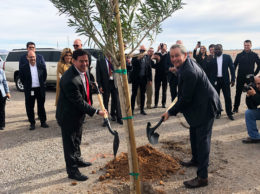 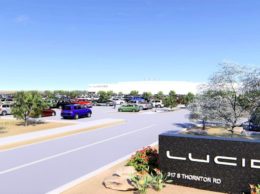