Loosening rules on who can provide legal advice and who can own law practices could make it easier for people who need legal services but can’t afford them to navigate the court system, according to a report produced for the Arizona Supreme Court this week, reports Arizona Capitol Times.

It comes in the wake of a 2017 study from the University of Chicago that found that nationwide seven in 10 low-income Americans have needed legal assistance to help with issues including evictions, child custody cases, and debt collection, but the vast majority receive either no help or inadequate help. Efforts to make court procedures clearer for those who cannot afford representation haven’t succeeded, a task force concluded.

One method the task force suggested to improve access is to create a new tier of workers who aren’t attorneys but can provide limited legal services. The task force doesn’t explicitly lay out what those non-attorney legal practitioners should be able to do or what education and training they would need, instead recommending that the Supreme Court appoint a future committee to work out details, Capitol Times reported

The group also recommended eliminating an ethical rule that prohibits anyone but a practicing attorney from owning or co-owning a law firm.

One issue it cites in providing legal services for low-income people is that lawyers working solo practices and smaller firms, which may be more likely to provide legal services to human clients rather than big corporations, have to spend time that could be used as billable hours  doing administrative work instead and looking for future clients.

The task force argues that changing ethical rules to allow lawyers to partner with non-lawyers could help, including by allowing a non-lawyer to have an ownership interest, provide non-legal services such as accounting or serve as a firm’s chief financial officer.

But critics, including task force member and chief judge of the Arizona Court of Appeals Division I Peter B. Swann, warned that removing or weakening ethical rules in the interest of providing more widespread access to legal guidance could backfire.

“Such a proposal would make Arizona unique in the nation, and a leader in the race to the bottom of legal ethics,” Swann wrote.

NEXT ARTICLE →
Sins of the father? I worked with whistleblowers in the David Petersen case 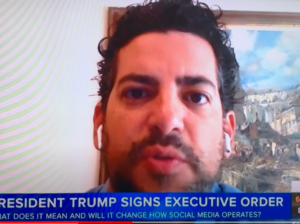