Sins of the father? I worked with whistleblowers in the David Petersen case 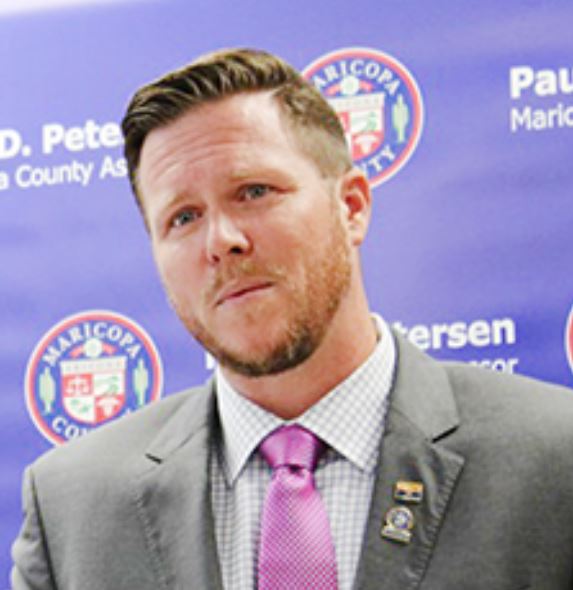 One of the whistle blowers handed me an audio cassette that 13 years ago became a development in the case involving Arizona Treasurer David Petersen.

The recorded conversation was a discussion among members of Petersen’s family after he resigned from the state post.

In October 2006, Petersen pleaded guilty to a single misdemeanor charge for failing to disclose a $4,200 commission he received for selling teaching materials for a character education program.

The recording, which was released along with transcripts by Maricopa County Sheriff Joe Arpaio was part of an ongoing investigation into a $1.9 million payment from the treasurer’s office to the office of Attorney General Terry Goddard.

The transcript of the recorded conversation begins with Petersen asking his son Paul, “Does that mean it’s on, though?” and then stating, “Oh, I see it’s off now.”

Further conversation into the recording revealed Petersen considered approaching Goddard about his investigation into several felonies he allegedly committed as a public official — and whether settling a disputed legal bill with the attorney general could help secure leniency.

Goddard has denied any sort of deal was struck for the money, which was a payment he said the office was entitled to for helping the state and local governments recover a portion of $131 million lost in investments from National Century Financial Enterprise in 2002.

Petersen had pledged to cooperate with the investigation by Arpaio and Maricopa County Attorney Andrew Thomas regarding the payment.

He originally faced felony charges of theft, fraud and conflict of interest, and resigned Nov. 30 as part of a deal reached with Goddard. He was also ordered to pay $4,500 in fines and put on supervised probation for three years.

Petersen raised suspicion in when he made the payment because it was originally withheld by then-Chief Deputy Treasurer Blaine Vance, who wished to seek an opinion from the solicitor general if Goddard’s office was entitled to the money.

Members of the Board of Investment, which oversees the state’s $10 billion investment portfolio, expressed displeasure upon learning about the payment to the Attorney General’s Office from my story in Arizona Capitol Times that summer.

There were no meetings in a dark parking building, such as in “All the President’s Men”; I gained information for many other stories about the Petersen case from two members of Petersen’s staff, sometimes through notes hidden on Capitol grounds and left for me to retrieve.

Vance and Tony Malaj, Petersen’s former chief of staff, filed whistleblower claims with the Department of Administration on grounds they were retaliated against for cooperating with the Petersen investigation.

The pair is mentioned in the recorded conversation. Petersen’s son Paul said “Blaine (Vance) doesn’t do anything,” and David Petersen related the concerns of another employee that he was a “negative manager” and “didn’t take initiative.”

According to the transcripts, Paul Petersen also instructed his father that he “could get rid of him (Tony Malaj) whenever you want.”

Even though Blaine Vance, the former deputy treasurer and Tony Malaj, former chief of staff for the agency, were exempt from personnel rules that protect state employees, legal representatives claim that their eventual firings stemmed from unjust reprisals, and violates the state statutes protecting whistleblowers from recrimination.

The two sought $5.6 million in damages, but were denied.

David Petersen later told me he was not surprised his former aides Tony Malaj and Blaine Vance did not receive damage settlements as whistle blowers in a case that ended Petersen’s state career, just short of a full term as treasurer.

Son Paul remains jailed after his arrest this week on numerous charges stemming from an alleged child adoption scheme. He’s been asked to resign his county assessor office. 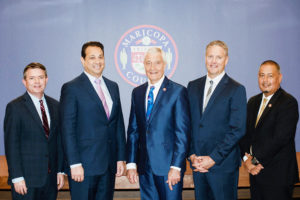 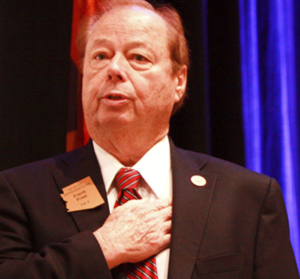 By Mike Sunnucks | Rose Law Group Reporter The Gilbert Town Council will look at new changes and new deadlines for a long-planned water park. The town council will consider new agreements related to the 25-acre water park at Gilbert Regional Park. That 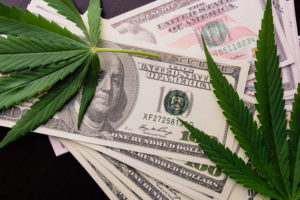 By Edward Celaya | Arizona Daily Star When Arizona voters approved Proposition 207 last November, they did not just choose to join the more than 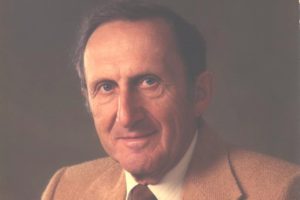 My father became his own boss: A Wall Street Journal column by Bert Stratton, uncle to Jordan Rose and Court Rich

By Bert Stratton | Wall Street Journal My dad, Toby, hit tennis balls with me after work. He would say: “Racquet back. Hit it now!” 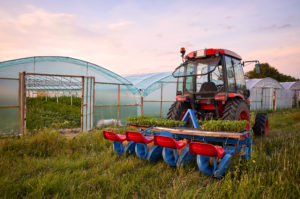 By Aaron Dorman | Pinal Central MARICOPA — What will farmers in Pinal County do with less water resources? Without access to Central Arizona Project 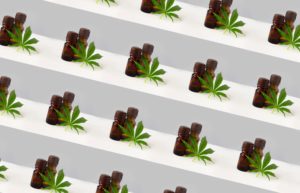 By Edward Celaya | Arizona Daily Star Drive up Interstate 10 and you’re bound to notice them: Billboards for marijuana dispensaries, most of them with

It may have a population today of over eleven thousand residents, but back in the early 1970s when a young developer by the name of