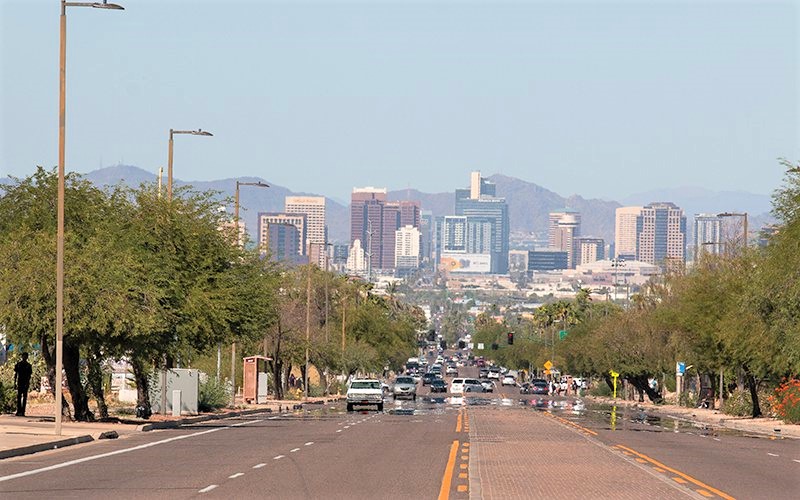 The neon “Open” sign in the window casts a weak glow across La Olmeca, which is quiet except for a couple of diners. Georgia Martínez rushes from the kitchen, where a TV is tuned to a Spanish sports channel, to bring beers and plates of Mexican food to the tables. She greets customers with her trademark passion.

“Practically my whole life is here, and I sleep at home,” Martínez said in Spanish.

It’s been 24 years of this life, but now the restaurant owner is worried about the changes to come. After Phoenix voters rejected Proposition 105, which would have stopped the expansion of light rail in south Phoenix, Martínez and other business owners fear they won’t be able to stay afloat during the project’s years of construction.

Phoenix officials said they will continue to help businesses stay open. But some owners are demanding direct economic help from the city and say the support provided so far has been insufficient. There also are fears the light rail will gentrify south Phoenix – one of the metro area’s most racially and ethnically diverse communities.

“I have seen these constructions, and it’s difficult because it becomes congested, there’s a lot of traffic,” Martínez said, adding that potential customers, despite some streets remaining open, likely will get discouraged. “There’s been good seasons, bad seasons, like that of the recession, but now we’re worried.”

Martínez’s 15-table restaurant, just south of Southern Avenue, is among 415 shops along Central Avenue in south Phoenix that would be affected. But the response to the changes varies.

“There’s so many restaurants in the avenue who are going to be struggling because they’re right next to the road,” said Carlos Castillo, the owner of El Castillo Chino, in a plaza near Central and Southern avenues, just east of scheduled construction. “My plan is just to advertise as much as I can, and maybe see if I can get some of those customers over here.”

Castillo isn’t too worried about the changes, as his restaurant has been open for only six months, but he thinks longtime establishment owners in the area, some for more than two decades, fear losing their life investments.

That sentiment was made clear during a community meeting in September of business owners and residents opposed to the 5 ½-mile extension. The group was organized, in part, by Salvador Reza, a local activist known for his work organizing a union of taco shops and his fight with city officials for the creation of a center for day laborers. Nearly 20 business owners and community members discussed their concerns about next steps after Prop 105’s failure.

Proposition 105 was driven by the group 4 Lanes or No Trains, which received funds from Charles and David Koch, politically active brothers who finance conservative and libertarian causes. The Kochs have supported similar actions to stop public transportation growth projects in Arkansas, Michigan, Utah and Tennessee. 4 Lanes or No Trains argued that the extension would reduce Central from four lanes to two lanes, restricting business accessibility and driving away potential customers.

Construction will begin in November. According to the website of Valley Metro, the regional public-transit authority, the expansion project will last until 2023 and extend the light rail from downtown Phoenix south to Baseline Road.

The expansion includes Central west to the state Capitol and west from 19th and Dunlap avenues to Metrocenter. The 26-mile-long system now runs from Phoenix to Tempe and Mesa; regional transportation officials want to expand it to 66 miles by 2034.

City and project representatives said that the expansion is going to improve many aspects of the community.

“If you look in our downtown where we are today, it’s helped us add more density,” Phoenix Mayor Kate Gallego said after the August election. “We have traffic problems in our downtown at rush hour. While we still have a fair amount of vacant land, we wouldn’t be able to grow and develop without having transportation options.”

Last month, city, government and Valley Metro representatives discussed support programs during a Spanish-language presentation – the first of its kind to be offered – at the South Mountain Community Center. The 30 or so city and Valley Metro employees outnumbered the 25 community members who attended.

Markus Coleman, light rail administrator, said Phoenix and his department started working with affected businesses about 1½ years ago and will continue to help business owners and residents.

Reza said that the businesses want a compensation plan, some form of legal aid to negotiate potential rent increases or a fund that would directly support businesses that lose customers during construction.

“Currently, we don’t have a program in place” to provide financial compensation, Coleman said, but city officials will consider options. They will look at the effects of construction and explore whether city or federal funds could be used.

Sylvia Herrera, community adviser for the Barrio Defense Committee, an activist group that focuses on issues affecting neighborhoods and families, said she has seen these problems before.

Herrera and her organization have worked with communities in Tempe and Mesa affected by light rail, and she saw how it changed those communities. She thinks the same thing could happen in Phoenix.

“It’s going to change the character and the type of people that are going to be living there,” in south Phoenix, Herrera said. “Really, it will be what is called gentrification. The bottom line is that’s where it will head to. The cultural character of south Phoenix will be taken away.”

Gentrification occurs due to a demographic change in a location when higher income residents come in and are able to afford an elevated cost of living. Herrera said that because of light rail, the value of the surrounding property goes up, forcing out lower income businesses and residents.

Coleman said that for 1½ years, city representatives have been meeting with more than 400 business owners, offering them information and support financed by a federal grant and local funding reaching $2.4 million provided by the Federal Transit Administration.

Half of the grant goes to planning and evaluation to support businesses, with the rest on concrete actions. Phoenix and Valley Metro offered assistance programs, such as accounting resources, marketing, website development, finance and loan packages, facade renovation and leveraging community resources before construction begins.

Herrera is not impressed.

“They offer publicity or business cards that they’ll print for you and different things in the guise of saying, ‘Hey, we’re helping you, we’re really concerned about you,’” Herrera said. “It was very artificial.”

“It doesn’t necessarily address some of the things that they’re they say they’re going to address. Yes, it’s going to improve. But for whom? It’s not going to be something that the community, in total, is going to benefit from.” 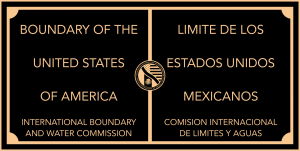 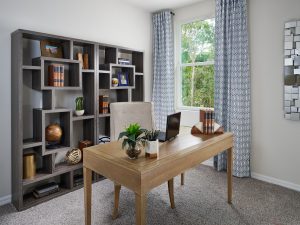 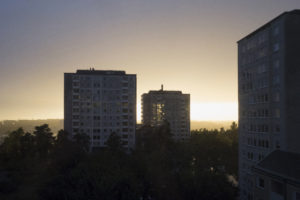 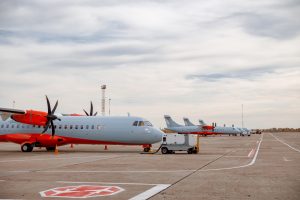 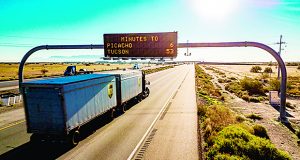 A UPS truck passes a digital sign on I-10.  PHOTO COURTESY ARIZONA DEPARTMENT OF TRANSPORTATION By Howard Fischer, Capitol Media Services  May 2, 2022 Relief 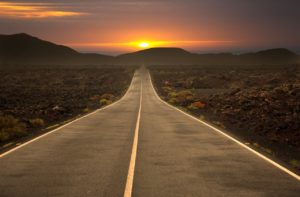 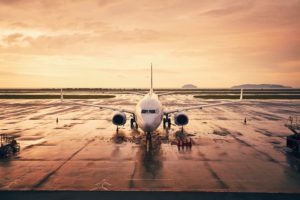 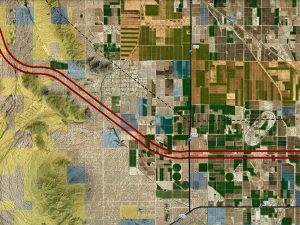 By InMaricopa The fight against the planned route of Interstate 11 is headed to court. Four Tucson-area conservation groups filed suit Thursday against the Federal