The development, now roughly 1,000 homes strong with 5,600 total planned, also has delivered something not promoted — a falling water table.

Since 2009, the water level has dropped 7.3 feet a year in one of two SaddleBrooke Ranch wells and 1.7 feet a year in the other, says the Arizona Water Co., a private utility serving the development.

This is one of many suburban developments surrounding Tucson where underground water tables are falling and are likely to fall much farther over the next century, state records show.

A prime cause is a 1993 state law that allowed continued groundwater pumping for new developments as long as the developer paid a three-county water district to replenish the aquifer elsewhere with Colorado River water from the Central Arizona Project canal.

One of that law’s purposes was to ensure that development could continue in areas such as SaddleBrooke Ranch, which lie miles from the CAP canal that runs west of the Tucson Mountains.

The law was pushed heavily by developers and builders, including Robson Communities, a Pinal County-based developer that is developing SaddleBrooke Ranch as well as the SaddleBrooke and Quail Creek projects in Southern Arizona.

At the same time, that law’s passage cleared the way, politically, for the state to approve separate rules intended to guarantee that no new development is built in Arizona’s urbanized counties without an assured, 100-year water supply. 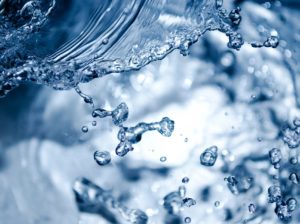