Some would say it was a matter of the tail wagging the dog when the owners of Waggin’ Vineyard and Estate began planting grapes in the middle of Globe.

“We went into something we knew nothing about,” admits Timothy Trent, who co-owns the venture with his wife, Daisy Flores.

The vineyard’s dog theme was a given—named after the couple’s rescue dog, Sancho, who can be seen everywhere, either “in the fur” or in likenesses gracing the property.

For Trent and Flores, partnership in life and business began when, as they say, Dodge City met Globe at a Globe Rotary meeting. 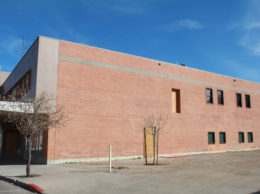