Frustrated with wildfires and intentional blackouts caused by Pacific Gas & Electric, more than two dozen California mayors and county leaders are calling for a customer-owned power company to replace the giant utility.

In a letter delivered Tuesday to the California Public Utilities Commission, the local officials embraced a proposal by Mayor Sam Liccardo of San Jose to create a cooperative that would use their collective resources to take over the utility.

PG&E, which filed for bankruptcy protection in January after accumulating an estimated $30 billion in liabilities from wildfires caused by its equipment, is widely expected to emerge with a different structure. Any bankruptcy plan requiring a rate increase is subject to approval by the utilities commission.

“The commission must do more than approve a plan — any plan — merely so that the bankruptcy can be concluded,” the government officials stated in the letter. “This situation requires a full and comprehensive effort to chart a sustainable course for the future of PG&E, one that will serve the interests of its customers, and position the company to meet the challenges we will face from a changing climate.”

NEXT ARTICLE →
[OPINION] Nuclear power isn’t perfect. But since when did it become the boogeyman? 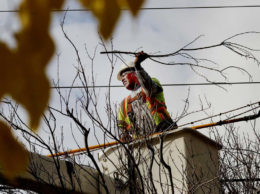 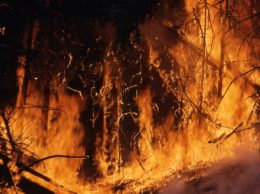