Don Bolles looked at the thousands of lemon and orange trees in tidy rows in the desert north of Glendale and saw something sinister.

It was the 1970s, and Bolles was looking into whether Detroit mobsters had their hands in Arizona business ventures.

The Arizona Republic’s investigative reporter suspected the mob was tied to Arrowhead Ranch, one of the most fruitful citrus farms in the state.

Bolles looked back more than a decade and found that a tangled web of produce men and mobsters had owned the ranch.

The ranch was incorporated in 1955 by five men, two of whom were Detroit’s most wanted Mafia men during Bolles’ day. But by the 1970s, the ranch had been sold twice and was held by a corporation owned in part by Sen. Barry Goldwater’s brother, Robert. He denied knowing the mobsters. But Bolles’ suspicions lived on. They would help fuel his final act as a reporter.

NEXT ARTICLE →
New homes proposed on Shea Boulevard in Scottsdale 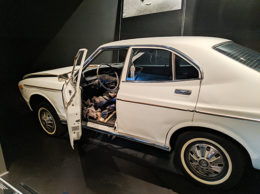 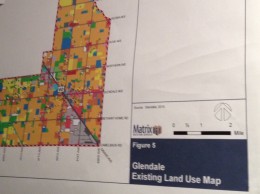