Former Chandler Mayor Coy Payne, the first African American mayor in Chandler and in Arizona, has died. He was 90.

A longtime Chandler resident and community activist, Payne helped create the city’s housing authority and oversaw the expansion of parks and recreation programs.

He was known for his roles as a consensus builder and facilitator and helped lead the city as it underwent unprecedented growth in population and businesses. 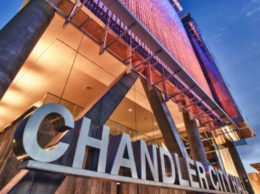