By Megan U. Boyanton | Cronkite News

She was not the only one on the Senate Armed Services Committee upset by a Government Accountability Office report that detailed weak oversight of the 14 companies running housing complexes across the U.S. on military bases.

The GAO report said unreliable and potentially misleading data, discrepancies in enforcement and a lack of advocates for the military families who live in the units have allowed for substandard housing with lead paint, mold and pest infestations.

Air Force Secretary Barbara Barrett, an Arizona resident, said the state “has not been a place where there have been big problems.” But she joined the other service secretaries and chiefs at the hearing who said they are addressing the widespread problems.

“The Air Force owns part of the responsibility,” Barrett said during her testimony. “We cut too many personnel who provided oversight for the projects, and failed to fully empower the chain of command to own and fix these issues.”

McSally said military leaders are partly responsible, but that the developers and property management companies that own the housing are also to blame.

The Military Housing Privatization Initiative was approved by Congress in 1996 in response to Defense Department concerns about “inadequate and poor quality housing for service members.” Under the program, military bases lease land and any housing on it for 50 years to private firms that are responsible for maintaining and managing the property.

The GAO report said that private companies are now “responsible for the ownership, construction, renovation maintenance and repair of about 99% of housing units” on bases in the continental U.S. The theory behind the program was that private capital and expertise would bring base housing up to par, but recent investigations of the program have found otherwise.

But annual tenant satisfaction surveys do not reflect those grievances, with overall satisfaction at 87% in the most recent survey. Field said that is the result of one of many problems with the program: The data is often unreliable.

More than just unreliable, the GAO report said periodic reports about military housing the Pentagon submits to Congress may be “misleading,” along with inaccurate maintenance data collected by the private companies from work orders.

Field said steps have been taken by the military branch leaders, including “working to renegotiate the performance incentive fee structure, to strengthening oversight on the ground, to increasing staffing levels of military offices.” But more still needs to be done to improve the quality of life for service members, she said.

Barrett agreed, saying the Air Force has taken action to prioritize safe housing, even before her October confirmation as secretary. Barrett said financial penalties have been levied against the private companies, and resident advocates are being placed at military housing offices.

Barrett said there are bright spots, pointing to the privatized military housing on Luke and Davis-Monthan Air Force bases in Arizona. But elsewhere, she said she has seen instances of shoddy construction work, irresponsible project owners and poor maintenance in Air Force housing units.

She testified that she met military families forced to relocate to temporary units multiple times because of problems with their base housing. She said allegations of misconduct by project owners have been referred to both the Air Force Office of Special Investigations and the FBI.

“Enough is enough,” she said. “We have had enough.”

McSally, who said the situation is “pissing me off,” had her own suggestion.

To the cheers of military families as the hearing, McSally suggested the company executives live in the base housing themselves.

“Maybe some of the CEOs need to move into some military housing over the holidays and see how they feel about trying to figure out where they’re going to put up their Christmas tree,” she said. 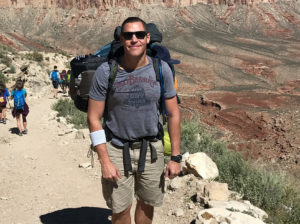