Another multi-residential housing development will likely be cropping up along Elm Avenue in the near future after the project was given the green light by a city commission.

On Dec. 4 the Planning and Zoning Commission approved the site plan for a 17-unit complex on West Elm Avenue. Known as “Avanti on Elm,” the multi-family housing development will be comprised primarily of three bedroom duplexes.

Last year the board approved a similar project on Main Street, which featured four duplex units plus an additional two-bedroom unit.

NEXT ARTICLE →
Council to vote on Pederson Group apartment plans 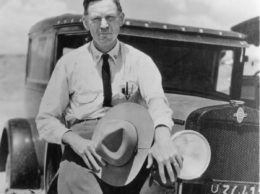 The man behind the name: A brief history of Frank Pinkley