Seeking a revival: Metrocenter may get a new owner, but redevelopment will cost millions

Metrocenter was once the Valley’s power mall. Now Phoenix officials are seeking a new owner willing to invest in the property’s redevelopment in a project that could take years.

Once upon a time, Metrocenter was the king of the Valley’s shopping malls.

As the largest mall in the Southwest in the 1970s, the Phoenix shopping center was packed with patrons browsing and buying among scores of stores.

Now, the nearly 47-year-old mall just off Interstate 17 and south of Peoria Avenue in Phoenix is becoming a decaying infestation that could afflict the surrounding area, at least according to a prominent city official.

NEXT ARTICLE →
Housing market in 2020: Here’s what to expect 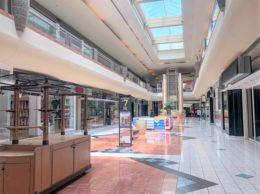 5 Valley neighborhoods that could use a boost