Texas filed a lawsuit Monday in the U.S. Supreme Court over a California law that prohibits official travel to states that California deems discriminatory against LGBTQ people, throwing into question whether the ban affecting 11 states can remain.

California lawmakers passed the travel ban in 2016 after North Carolina enacted a law that required people to use gender-specific bathrooms according to their sex at birth. California Attorney General Xavier Becerra added Texas to the list of prohibited travel states in 2017 after it passed a law allowing child welfare providers to refuse to carry out services that violate their religious beliefs. Becerra’s office at the time said the law allows discrimination against LGBTQ children and foster or adoptive parents.

The California ban punishes the state for allowing faith-based foster care and adoption agencies to uphold their religious beliefs, said Texas Attorney General Ken Paxton in the lawsuit. He said the ban amounts to “economic sanctions” against Texas because it deprives the state of tax revenue from hotels and other businesses that would have made money from travel by Californians. 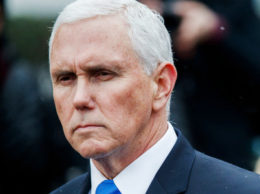 2 Arizona cities rank among the best for LGBTQ retirees