‘Somebody is making money off those ladders’: Smugglers use ‘camouflage’ ladders to cross border wall

Perhaps the quickest way around a billion-dollar wall is over it.

Smugglers in Juárez have SA stretch of border is littered with the rusted rebar ladders at the base on both sides — ladders lying in wait on the Mexican side, ladders pulled down by border agents or abandoned by smugglers on the U.S. side. One of the rebar ladders was poking out of a dumpster in a lot near the Chihuahuita neighborhood on Thursday.

“Somebody is making money off those ladders,” said Agent Joe Romero, pointing to a mangled version tossed in the dirt on the U.S. side. “The agents pulled it off the wall and cut it up so it can’t be used again.”

The ladders appear to be made with two poles of 3/8-inch rebar and four thinner poles, outfitted with steps and bent over at the end in a U, to hook on the top of the wall. It’s the sort of cubed rebar support structure used in construction in Mexico, called castillo.

Six meters of castillo costs 99 pesos, or about $5.30, at the Hágalo — or Do It Yourself — True Value hardware store in Juárez. There is no indication that smugglers are shopping at that store in particular.

Romero said the rebar ladders started turning up in large numbers in the El Paso sector last year in May, around the time that construction of the most recent replacement wall finished downtown. They’ve been a go-to method for scaling the fence in the urban footprint since.

NEXT ARTICLE →
For New Chair of Practice at RLG, Immigration is Personal 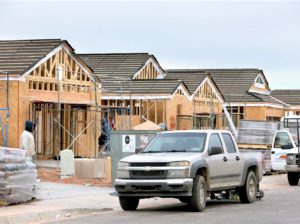