With its scandals, culture war skirmishes and sunny economic outlook, this year’s legislative session started out like plenty of others at the Arizona Capitol.

But the Legislature’s quick adjournment on Monday was unlike anything else.

The Senate’s swift passage of a basic budget and $50 million in relief pointed to the different political dynamics at play in the Legislature’s two chambers. While the House drudged through a partisan back-and-forth, top Republicans and Democrats in the Senate hatched a deal.

And as lawmakers recessed with tentative plans to return April 13, they left in legislative purgatory a long list of proposed bills that will be re-examined in the harsh light of a very different political reality.

When they return, money is likely to be tighter, the needs greater and the political pressures altered.

“We’re not going to have the same budget we started with,” said Rep. Regina Cobb, a Republican from Kingman who chairs the House Appropriations Committee.

← PREVIOUS ARTICLE
Will Arizona lawmakers give ballot initiatives a fighting chance against COVID-19? 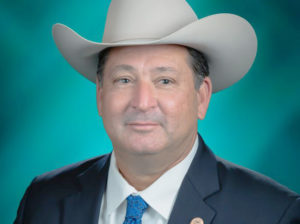