The Navajo Nation, one of the hardest-hit areas of the country in terms of per-capita COVID-19 cases, passed peak demand on its health care system earlier than projections indicated, President Jonathan Nez said Tuesday.

Speaking in a Facebook Live town hall, Nez said the latest epidemiology reports indicate that despite projections initially showing the Navajo Nation would hit its peak around mid-May or later, it actually peaked around the last week of April. Nez announced Monday that the Navajo Nation was “flattening the curve.”

“The Navajo area Indian Health Service gave us a projection at the start of this pandemic that the Navajo Nation would reach its full capacity of COVID-positive emergencies — that means emergency beds, people getting flown out, emergency room visits at the max, by mid-May,” Nez said. “We reached our peak of ER visits and full capacity of our healthcare facilities here on Navajo around April 24-25, a whole month ago.” 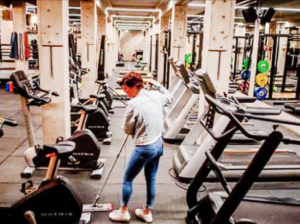 Arizona gyms must get opportunity to show they can safely reopen, judge rules in rebuke of Ducey