Who funds the Arizona Mirror? Not a source with a political agenda, says Phil Riske, senior reporter/writer

Opinion: What this dustup teaches us about free speech and the press

(Editor’s note: Opinion pieces are published only as a point of discussion. Readers may respond through the Comments box at the end of our stories.) How do you define ‘the press’ in the digital age? It’s a point Citizens United made well – and one worth remembering.

Last week, there was a minor kerfuffle in Arizona political circles over the Arizona Mirror, a news and commentary website.

I’ll be defending Arizona Mirror. But I doubt that its staff will be pleased with what I think is the most important lesson to draw from the kerfuffle: The soundness, wisdom and perspicacity of Anthony Kennedy’s majority opinion in the Supreme Court’s Citizens United decision.

That was the decision that held that corporations and labor unions had a First Amendment right to conduct independent expenditure campaigns expressly advocating the election or defeat of candidates for public office.

I worked at Arizona Capitol Times along side Arizona Mirror veteran journalists Jim Small and Jeremy Duda, whom Robert Robb defends as quality reporters doing a quality job. Never have I read news stories by Small and Duda I felt were influenced by left, middle, or right factions, which have and will continue to have sway over journalistic integrity.

Robb’s harp on Citizen’s United only serves to detract from what he refers as the kerfuffle at Arizona Mirror.

Small and Duda have stated publically the digital publication is not funded by any group or person with an agenda to color news reporting on Arizona. Were that the case, I as senior reporter/writer at Rose Law Group would not publish it and we carry quite a few Mirror articles because they provide context to stories from other sources and often provide news you don’t find elsewhere, plus well-reasoned commentary.

Speaking of news from elsewhere, Robb works for The Arizona Republic, a Gannett/Gatehouse newspaper. This does not apply to Robb’s writings, but I suggest that when you deplete hundreds of newsrooms across country, you are influencing their coverage. 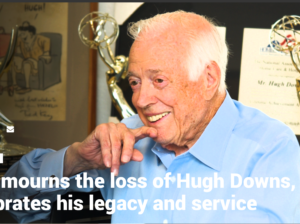