But, we have also learned that it is tough for many in the Gen X, Millennial, and Gen Z generations to take seriously fighting an enemy that is not only invisible but seems to not cause serious consequences to them personally. We have also learned that being sequestered for any length time is not what people want to do. We have learned that too many people think that since they are no longer sequestered that the party is on almost regardless of consequences. It’s tough to fight an invisible enemy. It’s tough when you read about it but don’t see any serious damage to your friends. But it is time for those under 55 who have not yet been doing so to act responsibly. It’s also time to learn. And if there are those who won’t learn, it is time to enforce.

For Boomers and the Greatest Generation, the lessons are easier to take to heart. The consequences are much more evident and more severe. You also don’t have a lot of 75-year-olds hanging around bars or graduation parties.

Arizona, in my opinion, is lucky. It’s a great place to live, to work, and to raise a family. It has wide open spaces and lots to do. It had a thriving economy prior to COVID-19 (and in relative terms still does). So far, politicians have learned and acted. Whether the actions are strong enough to get those who ignore reality to take note remains to be seen.

We do know this. When it was evident that it was time to reopen, the state reopened in phases, but, it was a start. It was done in a manner that basically gave the individual the choice on whether to act responsibly or not. When it became evident that there were too many who thought the war was over (even though it clearly wasn’t) and that something was wrong because the number of cases of COVID-19 started to grow rapidly, additional actions were taken. Let’s see if last week’s actions related to masks, social distancing and crowds will work. If not, enforcement will have to become a lot stricter. It just depends on how responsible individuals become. Hopefully, this is all that’s needed to enforce the social contract that is implicit in current events. If not, then more actions will need to be taken and quickly. If we don’t do that, the damage to the economy and to the emotional, physical and financial well-being of virtually everyone in the State will be at issue.

Arizona shot itself in the foot in the 1988-1992 economic period. There was a real estate debacle, the Martin Luther King fiasco, the impeachment of a Governor, the loss of a Super Bowl, and the loss of our Savings and Loan system. Then we did again in 2006-2009 with SB 1070 and a real estate depression. We went from a top two economy to a bottom two economy. But, the state showed its resilience and underlying strength by recovering strongly.

This time around we are in better shape politically and economically. But, to avoid shooting ourselves in the foot again with all the attendant bad publicity (this lengthens the time it takes to recover) we need to make good choices. And, as stated above, the choices are obvious. It’s time to get serious!

As we have said since day one, this pandemic doesn’t end until there is a vaccine or a pill that mutes the physical impact of this virus. Humans have an almost unlimited capacity to learn. They might not want to. They might not like what it means. But, they do learn. That is what is going on now. I’m optimistic about Arizona’s chances. 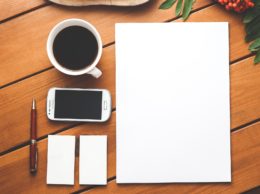 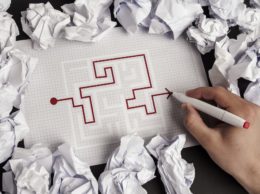