Arizona Democrats call for audit probe, as federal panel starts its own 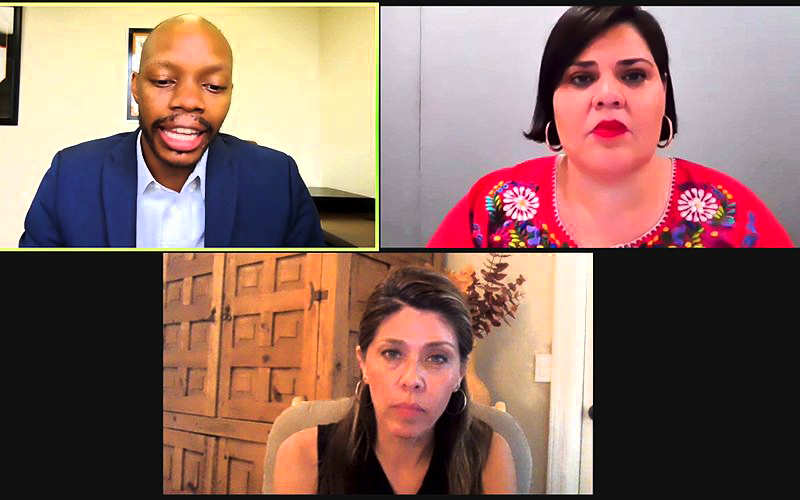 Their demands come as a congressional panel has launched its own investigation into Cyber Ninjas, the private firm that was contracted to do the audit that is still ongoing after six months.

A House Oversight subcommittee on Wednesday gave Cyber Ninjas two weeks to produce documents showing their experience, their policies, how they are paid and what communication they had, if any, with former President Donald Trump, who has insisted on audits like Arizona’s.

State Democrats welcomed the federal probe, which they hoped would spur Brnovich to do the same.

Rios was joined by House Minority Leader Reginald Bolding and Arizona Democratic Party Chair Raquel Terán at a news conference in which they said Brnovich needs to take action immediately to stop the “illegal behavior” they said has been seen in the audit.

Requests for comment from both Brnovich and Cyber Ninjas were not immediately returned Friday. But in a meeting Thursday with Senate Republicans, Cyber Ninjas CEO Doug Logan defended his company’s performance in the audit, now six months old, and said its operations have been transparent throughout.

That meeting came one day after the House Oversight and Reform Subcommittee on Civil Rights and Civil Liberties said it has “serious doubts” about Cyber Ninjas’ work on the project.

“The committee is seeking to determine whether the privately funded audit conducted by your company in Arizona protects the right to vote or is instead an effort to promote baseless conspiracy theories, undermine confidence in America’s elections, and reverse the result of a free and fair election for partisan gain,” the subcommittee said in a letter to Logan.

That letter cited a litany of complaints about the auditors and the audit. Those include claims that the firm has no experience with election law or election audits, that its “sloppy” procedures have failed to secure ballots or voting machines, and that its “embrace of election conspiracy theories” brings into question its “ability to lead impartial work related to the election.”

The letter asked Logan to provide a laundry list of documentation by July 28, identifying Cyber Ninjas’ owners, listing its previous election-related clients and disclosing any communication with Trump, his campaign or officials in his administration. The letter also asks for documents regarding negotiations with Senate leaders on the audit contract and records of funding sources and payments for the work, among other items.

Many of those records are also being sought in a lawsuit filed by government watchdog American Oversight Committee against Arizona Senate President Karen Fann, who has spearheaded the audit effort. A Maricopa County Superior Court judge this week rejected Fann’s claim that the records were not subject to the state’s public records law as long as they are in the custody of Cyber Ninjas, which is a private firm.

“All documents and communications relating to the planning and execution of the audit, all policies and procedures being used by the agents of the Senate Defendants, and all records disclosing specifically who is paying for and financing this legislative activity as well as precisely how much is being paid are subject to” the public record law, Judge Michael Kemp wrote in a ruling filed Thursday.

Fann has insisted since the beginning of the audit that the goal is not to overturn the results of the election, which Trump is pushing for, but to assure Arizona voters that they can be confident in the state’s ability to carry out elections.

At a meeting Thursday with Fann and Sen. Warren Petersen, R-Gilbert, Logan said his company has finished its review of more than 2 million ballots but still needs information from county officials before it can file a “complete forensic audit report.”

But Democrats said they do not expect to see a complete report any time soon on an audit that is merely intended “to undermine our democracy.”

“Make no mistake, this (the audit) was a unilateral decision from Sen. Fann,” Rios said. “Democrats were not willing to be a party to this circus sideshow.”

One way to end that sideshow, Terán said, is for Brnovich to get involved.

“Attorney General Mark Brnovich has a duty to Arizonans and Maricopa County voters to ensure that there is an investigation,” but has not responded to written requests to investigate, Terán said.

“Brnovich claims he is someone who will hold Republicans and Democrats accountable,” she said. “Right now that theory is being put to test.”

In Washington, Arizona Republican Reps. Andy Biggs of Gilbert and Paul Gosar of Prescott, both members of the House Oversight and Reform Committee, did not respond to requests for comment on the subcommittee probe.

“The facts are clear, Joe Biden won Arizona’s Electoral College votes, and no sham process will change that,” Grijalva said in a prepared statement. “The House Oversight Committee will confirm this ‘audit’ for what it is: A shameful attempt by Arizona Republicans to overturn the votes of Arizona citizens and undermine faith in our elections. 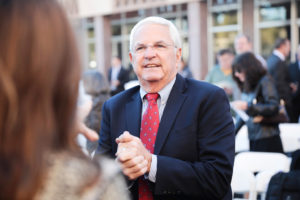 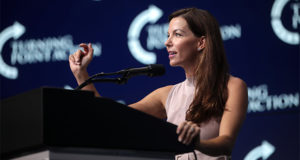 The nasty atmosphere at the Arizona Capitol

In this July 24 photo, Sen. Michelle Ugenti-Rita, R-Scottsdale, addresses a crowd of Donald Trump supporters who drown out her speech with boos and catcalls. 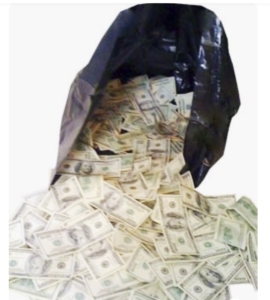 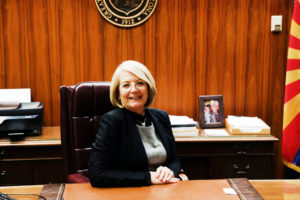 Arizona Sen. Karen Fann pretends to put out the political firestorm she started

Opinion: Sorry, but a politician who sparks a conflagration should not get to be the arsonist and the firefighter. By EJ Montini| Arizona Republic You’ve

Arizona legislators say adios; departures could be just the start of a wave of potential resignations