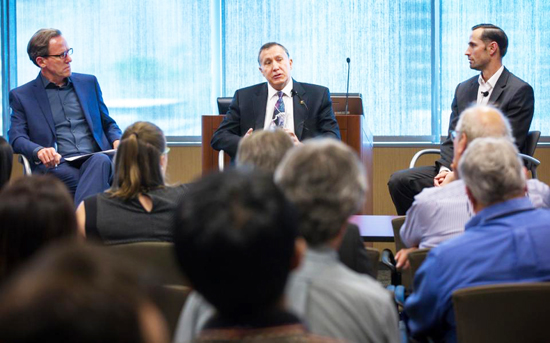 The Colorado River provides water for nearly 40 million people in seven western states, irrigating millions of acres of farmland, and generating thousands of megawatts of electricity.

And though an official declaration of water shortage on the Colorado River has never been declared, and that careful planning has ensured Arizona and Colorado are well-supplied with water, residents need to know it’s a precious resource.

That was the message Thursday as the water chieftains of Arizona and Colorado spoke before a crowd of about 100 at the Water/Climate Briefing Annual Keynote Event held by Arizona State University’s Decision Center for a Desert City.

Tom Buschatzke, director of the Arizona Department of Water Resources, and his counterpart from Colorado, James Eklund, director of the Colorado Water Conservation Board, held a discussion moderated by Wellington “Duke” Reiter, special advisor on urban initiatives to ASU’s Office of the President.

“What California does is curtailment,” Buschatzke said. “What we’ve done since the 1980s is conservation. … We took the slow and steady path. But they’re in a crisis. … Our goal is for that not to happen (in other states).”

Colorado’s population is projected to go from current 5.3 million residents to 10 million between 2050 and 2060. To prepare for that increase, the state came up with a flexible water plan last year with measurable objectives, guided by local users, Eklund said.

“We have more interest, more data, and more planning tools than we’ve ever had,” he said.

Arizona’s conservation policies have left the state with water security, Buschatzke said. When he is asked by California water managers why Arizona doesn’t have mandatory curtailment policies, Buschatzke tells them, “We don’t have to.”

Cooperation between basin states is critical, Eklund said. “We have to work together on these compacts, because if we go it alone there are no winners,” he said.

Water managers are well aware that the endless legal battles before the 1990s didn’t achieve anything.

“For many years the way the river worked was litigation,” Buschatzke said.

Predicting future water supplies is difficult in Colorado, Eklund said. Between climate change and a vacillating snowpack, “it’s a constantly changing thing that you can’t use to predict the future,” Eklund said.

Colorado residents have sat up and paid attention, Eklund said. If it rains, municipal water suppliers notice a significant drop in use because customers didn’t water their lawns. “There’s a really reactive ratepayer base,” he said.

In Arizona, municipalities are banking water underground. “There is some resiliency there in having water in the ground,” Buschatzke said.

Still, there is some concern that not enough people are aware water is such a precious resource.

“We have a long way to go on market penetration on that issue,” Eklund said. The Colorado native talked about arguments with his wife — a Bostonian — on whether to have a lawn or not. “We have a real disconnect between what people understand about the resource and reality,” he said.

“I agree with James,” Buschatzke said. “They just don’t understand where their water comes from.”

Sustainability and benefits can take different forms, Eklund said. He talked about how Coloradans go to Las Vegas and are horrified by the apparent waste of the Bellagio fountains. Attracting tourists is Nevada’s lifeblood, he said.

“That provides more economic benefit to the people of Nevada than growing a field of alfalfa.” 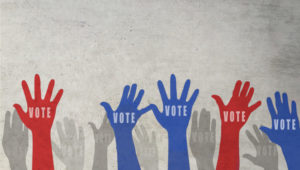 SUNDAY FEATURE: Arizona, Texas, both weighing new voting laws now, have their own history of racial discrimination at the ballot 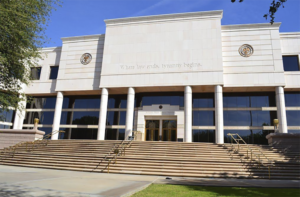 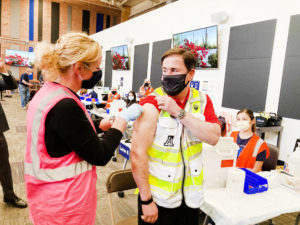 Walk-in vaccinations may be coming soon

Arizona Department of Health Services Director Dr. Cara Christ administers a second dose of the COVID-19 vaccine to Gov. Doug Ducey on Wednesday at the 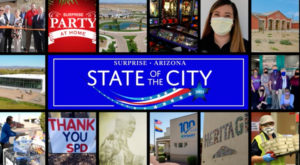 Surprise State of the City

(COURTESY SURPRISE TV) By Independent Newsmedia The 2021 Surprise State of the City video is now available for on-demand replay. The 21-minute video highlights how the city 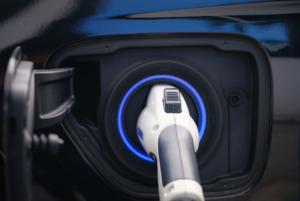 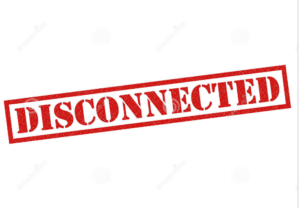 By Spencer Blake | 3TV/CBS 5 The Arizona Corporation Commission voted Wednesday night on new guidelines to protect people who are late on utility payments. 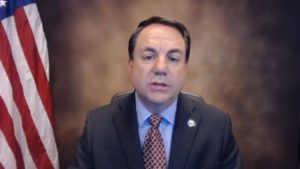 By Mara Knaub | Yuma Sun Yuma Mayor Doug Nicholls delivered his State of the City address on Thursday, streamed live as part of the