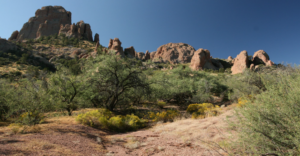 The 5,800-acre North Santa Teresa Wilderness northwest of Safford is one of two areas that will be opened to more hiking, hunting and other activities under a new deal that will improve access to those regions. (Bureau of Land Management Photo)

The Interior Department’s purchase of a plot of private land will allow public access to 32,600 acres of previously isolated Arizona forest land, a move that drew praise from wilderness advocates and hunters alike this week.

The deal announced last week opens up two parcels of public land, one in the Coronado National Forest and one northwest of Safford, that had been inaccessible because they were surrounded by private property. It was pulled off through a collaboration between state, federal and private organizations.

Mike Quigley, Arizona Director for the Wilderness Society, said the society is “very much about having people enjoy the public lands” and that the newly accessible parcels in the Santa Teresa Mountains offer “some of the most pristine backcountry experiences” in the nation. 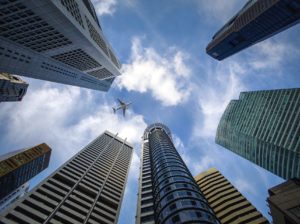