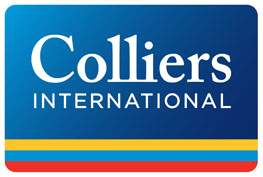 Vacancy and Construction Level Off and Net Absorption Slows

Phoenix, November 1, 2017–  The Greater Phoenix office market leveled off during third quarter.  Net absorption and new construction figures were low and vacancy has remained flat.  This is according to a report released by Colliers International in Greater Phoenix, which can be read in its entirety by clicking Here.

“We experienced two factors that impacted activity during the third quarter, “ says Pete O’Neil, research director for Colliers International in Greater Phoenix.  “Employment growth in the white collar, office industries slowed and we also experienced some significant tenant move-outs that put a hit on the absorption figures.  We don’t anticipate more of this moving out activity in upcoming months, so fourth quarter absorption should bounce back.”

The Greater Phoenix office vacancy rate remained unchanged at 16.3 percent, which is 30 basis points below a year ago.   The most significant decline in vacancy is being experienced in Class A properties.  This category of office building had a 40 basis point dip in vacancy during third quarter to 14.1 percent.  This helps balance some modest increases in the mid- to lower-tier buildings. Vacancy is generally trending lower with 12 of the area’s 25 submarkets posting recent vacancy rates under 15 percent.

Construction has slowed with deliveries of new office properties totaling less than 55,000 square feet during the third quarter.  During second quarter the market delivered 315,000 square feet of new office space.  Year-to-date the market has added 1.6 million square feet, down from 1.8 million in the first three quarters of 2016.  Significant projects in Chandler and Tempe are being constructed and a total of approximately 1.7 million square feet are currently being built in the Valley.  New projects are leasing quickly.

Sales of office buildings also dropped during the third quarter, down 3 percent from second quarter.  Year-to-date, sales activity is down six percent from one year ago.  The median price of properties changing hands was $139 per square foot, down slightly from the median price in second quarter.  Prices are higher in larger buildings that exceed 100,000 square feet, at $195 per square foot in transactions posted thus far in 2017.  Cap rates averaged in the mid- to high- seven percent range during third quarter, which is up approximately 50 basis points from the second quarter.

Despite the slowdown in the third quarter, the Greater Phoenix office market is expected to have a healthy close to the year.  Net absorption should increase during the next three months and the vacancy is expected to drop another 30 basis points Greater Phoenix should reach the lowest year-end vacancy since 2007 by the end of 2017.  The outlook for the office market is a bit more conservative than in the past two years as local employment growth has slowed.  Fortunately, during this office market expansion cycle, construction activity has been judicious so Phoenix has not suffered its traditional overbuilding boom. 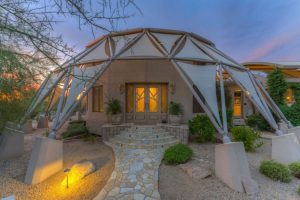 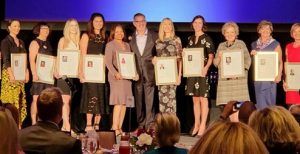 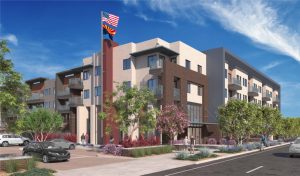 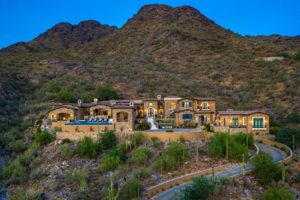 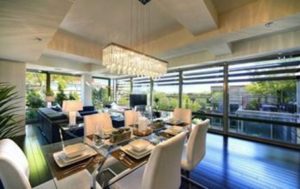