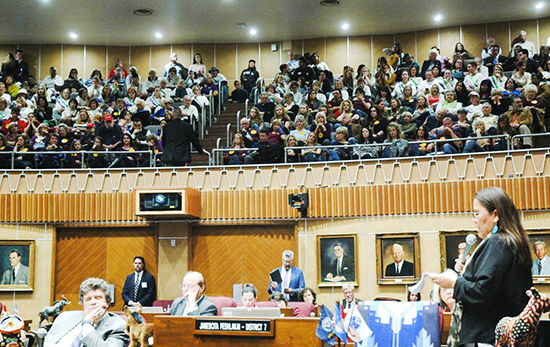 A bid to force a vote on having Arizona ratify the Equal Rights Amendment faltered Wednesday when every Republican senator present refused to allow it.

The 16-13 vote against suspending the rules to permit a vote on ratifying the ERA came after even three Republicans who are cosponsors refused to side with the Democrats who sought an immediate vote; a fourth was absent. Their support would have provided the margin to require a vote.

One of them, Sen. Michelle Ugenti-Rita, R-Scottsdale, said afterwards she still supports the ERA.

But she said the motion by Senate Minority Leader David Bradley, D-Tucson, was to suspend the rules to force a vote. And Ugenti-Rita said she has to support her party when there is a vote on changing procedures.

For other Republicans, their votes to deny even debating the issue was strictly on philosophical and political lines.

Sen. Sylvia Allen, R-Snowflake, worried about the effects of a federal constitutional amendment that would say “equality of rights under the law shall not be denied or abridged by the United States or any state on account of sex.”

“ ‘Sex’ has a lot of different definitions today than it did in the 1970s,” she said, when the amendment was first proposed. And that, said Allen, would lead to “unintended consequences.” 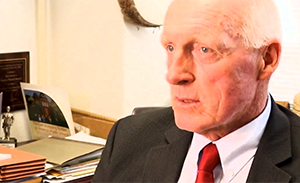 The tension thing: Lawmakers weigh in on disputes, divisiveness of session