Legislature set to work during weekend amid budget impasse

The Legislature appeared poised to work through the Memorial Day weekend as the budget stalemate continued at the Capitol on Friday.

Lawmakers spent much of Friday, traditionally a day off for the legislature, waiting for news as Republican leaders and Gov. Doug Ducey’s office sought to persuade several GOP holdouts in the Senate to support the $11.8 billion budget plan.

After working until 2 a.m. the night before to pass three budget bills, the House of Representatives planned to come back Friday night to vote for the remaining bills, though House Republican spokesman Matt Specht cautioned that “today’s schedule is very fluid.”

Given that lack of an agreement with the Senate holdouts, it appears likely that lawmakers will work through the three-day holiday weekend, as Senate President Karen Fann pledged on Thursday.

The House Appropriations Committee scheduled a meeting for 10 a.m. Saturday to hear a bill to increase lawmakers’ per-diem reimbursement. Legislators from Maricopa County currently receive $35 per day, and those from other counties receive $60, with the rates dropping to $10 and $20 after 120 days of session, which the legislature hit 11 days ago.

← PREVIOUS ARTICLE
[SUNDAY FEATURE] We live in a “fake” world 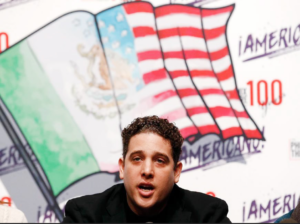