And Christine Mackay is looking for even more

Mackay just points to the numbers and the city’s recent gains on the R&D front.

“In the past year, we’ve added more than 4,000 professional and scientific jobs in Phoenix. Health care hiring is up another 9,100 jobs. With the new facilities under construction, we’re going to add another 7,000 jobs in that sector at hospitals, medical schools and research facilities alone,” said Mackay who leads Phoenix’s business recruitment efforts.

Health care jobs in metro Phoenix have a median wage of $71,880, according to the U.S. Bureau of Labor Statistics.

The median household income in Maricopa County is $58,580, according to the U.S. Census Bureau.

City economic development officials estimate there will be $3.5 billion in new biomedical and bioscience construction in just Phoenix over the next 24 months. That includes 4.4 million square feet of primary care medical facilities. The number does not include doctors’ offices, urgent cares and clinics.

The 4.4 million square feet of bioscience space is more than what is planned in the entire state of Texas where Houston is a top health research hub, according to Phoenix officials.

Baltimore-based Wexford Science and Technology LLC is building a $77 million, 200,000-square-foot research center in downtown Phoenix with a focus on biosciences and health technology. Arizona State University will anchor that space.

ASU is also teaming with the Mayo Clinic for a 200-acre campus in north Phoenix near the Loop 101 freeway and 56th Street on Arizona State Trust Land.

Mackay said the cancer and other medical R&D going on at Translational Genomics Research Institute is drawing interest from researchers. She also sees significant growth in health technology such as sensors via research and companies coming out of ASU as well as tech firm such as Intel (NASDAQ: INTC) and Honeywell International (NYSE: HON). Intel already has a big footprint in Chandler and Honeywell has its aerospace division based in Phoenix.

“The biosciences sector is significant in Phoenix. Most do not realize how strong this high value industry sector has become for the Valley,” Mackay said. “What scientists are finding is that the research environment surrounding TGEN makes an exceptional opportunity for a young professional to make a difference. There’s more cooperation in Phoenix than in most mature bioscience markets. Here, our legacy companies help and mentor new companies. Phoenix has a true innovation economy when it comes to biosciences. The technologies and sciences being created here are something you’d expect in science fiction.” 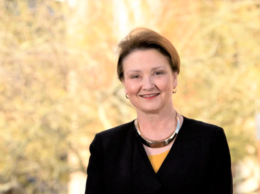