These huge new wind turbines are a marvel. They’re also the future.

The latest model has blades longer than football fields

The declining price of solar power gets more press, but there are big things happening in wind technology too. And I mean big.

The math on wind turbines is pretty simple: Bigger is better. Specifically, there are two ways to produce more power from the wind in a given area.

The first is with bigger rotors and blades to cover a wider area. That increases the capacity of the turbine, i.e., its total potential production.

The second is to get the blades up higher into the atmosphere, where the wind blows more steadily. That increases the turbine’s “capacity factor,” i.e., the amount of power it actually produces relative to its total potential (or more colloquially: how often it runs).

The history of wind power development has been the history of engineering taller and taller turbines with bigger and bigger blades. It’s a tricky and delicate business. Tall, skinny things, placed in higher winds, tend to bend and flex. When long turbine blades bend, they can crash into the tower, or hub, like this Danish system did in 2008 after its “brake” failed and it spun out of control: 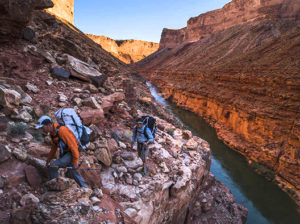