I should have listened more when my dad taught me tennis. Instead, I moped on the courts. My dad, Toby, was the only father out there. This was in the 1960s, in suburban Cleveland. My dad was often shirtless on the courts. A bare-chested guy—wearing Bermuda shorts and Jack Purcell tennis shoes—was an OK look in my neighborhood. My dad won most of the time.

If I live a few more weeks, I’ll have beaten my dad—at living. He died just shy of 69, from leukemia. If I make it to July 6, I’ll have outlived my dad by a day.

I compare myself with my father too much. I run his real estate business, which I’ve expanded slightly. I own six apartment buildings. He had four. I look at my father’s handwriting frequently. That’s weird, because my father hasn’t written anything in years, having died in 1986. He singlehandedly kept all the property-management books, which I update. The books have notes from my father like “Blow down the boiler `every week” and “Empty out the incinerators regularly.” (Incinerators have been banned for at least 30 years.) I have added comments like “Don’t re-rent to #30. He’s a pig” and “There’s a gerbil in #43. No extra charge.” I’m Bartleby the Scrivener, working out of a spare bedroom in my Cleveland Heights house. My dad worked out of a den—a paneled addition to our colonial house in South Euclid. His desk was right next to the liquor cabinet. His day job was at a Dilbert cubicle at a key manufacturing company.

My dad was a numbers guy. He liked eight-column accounting paper for tracking natural-gas and water usage at the buildings. He majored in chemistry at Ohio State, where he had lived in the scholarship dorm in the stadium. He got to attend football games for free, and he saw Jesse Owens run.

My dad said I could attend any state university I got into. I wound up at Michigan. My dad was fine with that, even though, as a Buckeyes booster, he could have been perturbed. He had taken me to many homecoming games in Columbus. Ohio State’s fight song, “(Fight the Team) Across the Field,” is more interesting (it’s a descending major scale) than Michigan’s “Hail to the Victors,” which sounds like a pumped-up “Mary Had a Little Lamb.” (I’m a part-time musician, too. That’s my non-Dad part. He couldn’t carry a tune.)

During my father’s last months, he did some medical shopping. He switched from Mt. Sinai Hospital (Cleveland) to the Cleveland Clinic, and then went to New York for a consultation at Memorial Sloan Kettering Cancer Center. My mom said that her toughest night was when she and my dad were alone in a New York hotel room and he started shaking uncontrollably. I’ve shaken uncontrollably, too, but not from leukemia. I’ve shaken from the new shingles shot, a panic attack, early rock and roll, and a car crash.

I plan to visit my dad’s grave on July 6—if I live that long. My dad was a big worrier. Did I mention that? I wish I was more like my mom. 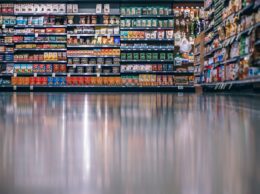 [OPINION] Immigrants are the best tenants 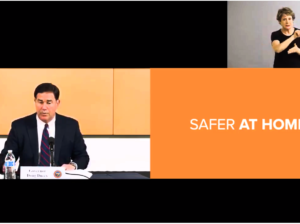