Copping a plea: I was responsible for fake news

Thank God Donald Trump was not looking over my shoulder in 1972.

At the time, I was managing editor of the Laramie Boomerang, (a newspaper named after the owner’s mule.)

As a morning paper, putting it to bed required late hours as we waited for the pages to come out of the pressroom to be checked for errors.

As we waited, we often would write satirical stories similar to what you see today on websites such as The Onion.

I had totally forgotten one of those late-night episodes until today when a friend reminded me of a story that blew up in our faces.

We had received a news release from the University of Wyoming that the Air Force ROTC Department had acquired a small two-seater Cessna airplane for student pilot training. A photo of the plane accompanied the release.

My sports editor wrote a caption for the photo that stated it had been in Vietnam, where armed it was in fiery strafing missions that killed dozens of the enemy.

For the number of readers who would know there was no way the small, unarmed plane could strafe targets in the jungle, there was an equal number who believed it.

The next morning, I was called to the paper and met by the publisher and a couple of brass from the ROTC Department.

They were not amused.

I surely would be fired.

I offered no explanation as to how the fake caption found its way into the paper. I knew who wrote it, but had no clue how it made it into print.

The journalistic lie was resolved by an apology from the publisher and me. Although I did not play a role in the ruse, as managing editor, I was responsible for everything in the paper.

So, Mr. Trump, with this mea culpa, do I get an invitation to the White House, or at least a Tweet of appreciation.

NEXT ARTICLE →
Region is a growing powerhouse even before census

← PREVIOUS ARTICLE
[SUNDAY FEATURE] Yes, you actually should be using emojis at work 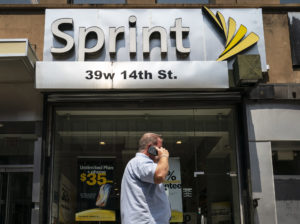 What the Sprint and T-Mobile merger means for you; that from Rose Law Group Corporate Attorney Shruti Gurudanti