Salt Lake City residents may be able to power their computers, refrigerators and TV sets with net-100% renewable energy sooner than originally promised thanks to a bill passed by the state Legislature earlier this year.

City leaders and environmental advocates on Monday celebrated the move, which would likely increase costs for consumers to some degree but decrease a large portion of the city’s environmental footprint. Still, some mayoral hopefuls are criticizing even the expedited timeline as not aggressive enough.

Rep. Steve Handy’s HB411 will create a framework for municipalities like Salt Lake City, Park City and Moab to work with the power company toward the goal of providing net 100% renewable energy by 2030. This would mean Rocky Mountain Power would produce at least as much renewable energy as the city uses in a year. 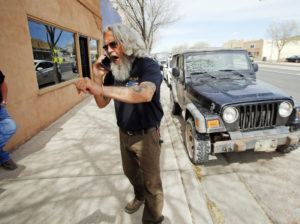