As for economic news, on the positive side, initial unemployment insurance weekly claims suggest that labor markets are still tight.  In fact, it would not be surprising to see the employment growth data that will be released at the end of this week to be a little disappointing since so many people now have jobs.  It would suggest that there are simply not enough unemployed that are still looking for work.  We shall see.  In addition, consumer sentiment remained strong.  On the other hand, manufacturers’ new orders were down.  Most of this, though, related to troubles at Boeing.

Existing home sales were up over last year.  But, only marginally so.  Given the continued growth in the economy and low mortgage rates, it should have been higher.  It appears to be about lack of lower priced inventory and affordability.  The same can be said of new home sales. It is interesting, though, that the median price of a new home was down from both last year and last month.  Again, it’s all about affordability.  (Thanks, in part, to student loans.)

The other piece of data that was troublesome is that this year’s federal deficit will be approaching $1,000,000,000,000.  A trillion dollars.  It’s very high for this point in the cycle.  Not good.

As for Arizona, lodging performance continues to improve.  And in Greater Phoenix, apartment, office and industrial markets continue to do well.

Initial claims for unemployment insurance last week declined by 6,000 to 212,000.  The key takeaway from the report is that there are no alarming trends in this series for the consumer outlook as jobless claims continue to track close to historic lows.

The University of Michigan Consumer Sentiment Index remained at levels that can only be considered quite favorable.  They are largely unchanged from the levels of the past few years.  The index stood at 95.5 in October compared to 93.2 in September and 98.6 a year ago (see chart below).

Manufacturers’ new orders for durable goods were down 1.1% in September when compared to August and were down 5.4% compared to year-earlier levels.  Excluding aircraft, the declines were 0.5% for the month and 0.8% from a year ago.  A large part of this was because of trouble at Boeing.

New home sales, at a seasonally adjusted rate of 701,000 in September, were down 0.7% from August but were up 15.5% from year-earlier levels.  This is a good performance from a year ago.  As for the month, it was a little disappointing.  New home sales, given current employment levels and mortgage rates, should be strong.  Part of the problem is simply a lack of affordable inventory.  It is interesting to note that the median sale price in September was $299,400 compared to $325,200 in August and $328,300 a year ago.  So, it is the lower-priced housing that is selling.  Whether this is a trend or an aberration will be worth following.

Existing home sales slowed in September following two months of increases.  Sales were down 2.2% from August levels but were up 3.9% from a year ago. This is good but not great given the underlying demographics and current economic conditions.  Median prices were up 5.9% from a year ago.

Statewide lodging performance continued to improve in the third quarter of 2019. Occupancy rates were 64.6%  compared  to year-earlier  levels of    62.8%.  Demand for rooms increased 3.5% over year earlier levels while the supply of rooms increased 0.6%.

Lodging performance in Greater Phoenix also improved in the third quarter. Occupancy improved to 62.5%.  That’s up from 61.1% a year ago.  Demand grew by 3.3% over the year while supply was up 1.0%.

According to CBRE, the Greater Phoenix office market had a great third quarter of 2019. Tenant demand continued strong with 1,426,462 square feet absorbed compared to a change in inventory of 1,660,939 square feet as several build to suit buildings were completed.  Vacancy rates declined from year earlier levels and ended the quarter at 14.4% compared to 15.7% a year ago.  Rental rates were $26.76 compared to $26.03 a year earlier.  Office product under construction dipped slightly at the end of the quarter to about 1.5 million square feet.

NEXT ARTICLE →
Is housing the economy’s saving grace? 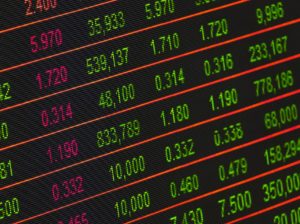