Breaking up is hard to do under the best circumstances. Add six children into the mix and contentious circumstances surrounding the split, and things are bound to get complicated. But, after two years, Brad Pitt and Angelina Jolie are learning to co-parent after divorce — although, not surprisingly, it has taken a lot of “compromise.”

“They’ve both decided to try and put their differences aside and to do whatever they can to raise the kids in the healthiest environment possible,” a source told E! News, admitting that they still don’t see everything eye-to-eye. Yet they have found “ways to compromise” in order to keep the peace. Said the insider, “They continue to go to therapy weekly and having a third party watch them interact and provide feedback has been helpful. They both understand that for the kids’ sake they need to be able to come to agreements.”

“Coparenting is hard to do, even in the best of relationships. After divorce, it becomes especially challenging to maintain routine, structure and consistency between households. Fortunately, tools are available to assist parents in co-parenting including counselors specific to co-parenting skills, family therapists, and even parenting coordinators in Arizona.” 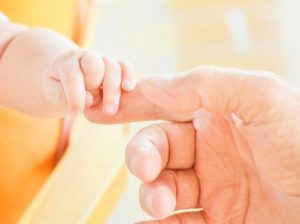