The proposals from Sen. Kate Brophy McGee, R-Phoenix, and Rep. Daniel Hernandez, D-Tucson, would expand existing laws that now prohibit discrimination in public accommodation based on race, religion, sex, age, disability or national origin. Both SB1321 and HB2716 would add sexual orientation and gender identification to the list. Only a handful of Arizona local governments already have such protections.

But the potentially more far-reaching part of the plan would be to alter existing laws that now generally make it illegal for government to “substantially burden a person’s exercise of religion,” even if that burden results from laws that apply to everyone else.

It was that section of the law that the state’s high court used to rule that a Phoenix city ordinance, similar to parts of the statute that Brophy McGee and Hernandez are proposing, did not require the owners of Brush & Nib Studios to prepare custom wedding invitations for gays.

To that end, they are proposing new language to say that if a business is open to the public – as was the studio – it has to provide services to all customers, regardless of whether those services run counter to the beliefs of the owners.

Both measures face an uphill fight. Neither Senate President Karen Fann nor House Speaker Rusty Bowers has agreed to even allow either one to be heard. 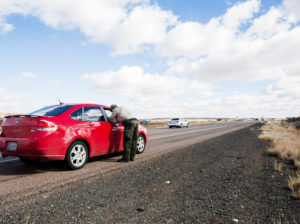