From an economics perspective, the week turned out to be reasonably positive. On the political side, it was a mixed bag. The immediate retaliation by the Iranian government was muted. No American casualties.  And the Iranian government’s initial denial about shooting down the Ukrainian passenger jet as it took off from Tehran has turned into an admission.  The impeachment circus (no matter where you stand on this matter, you have to admits it’s a circus), at least for the last week, took a back seat.

Locally, the latest data on housing in Greater Phoenix showed that the supply/demand situation for both single family homes and apartments continued to tighten.  This is causing both apartment rents and housing prices to rise rapidly here.  That is not good news in the long run.  In the short run, lower interest rates have kept affordability in check.

The strong demand for housing locally coupled with a declining inventory of homes for sale says a lot about the chances of a local near-term recession.  Two things would have to happen to make any recession in Arizona significant.  The first is that population flows into the state and particularly Greater Phoenix would have to slow significantly.  Given the already low level of movement of population that is now the norm in the U.S., a significant additional slowdown in the number of people moving between states, counties and from abroad is highly unlikely.   The second would be a significant decline in the housing market.

The current supply/demand situation for housing mentioned above, particularly in Greater Phoenix, makes a significant slowdown in the housing market also seem highly unlikely over the next few years.  Without these events, even if there was a national recession, the fallout would be modest here.  Since the probability of a national recession over the next year or so seems modest, the local outlook remains quite sanguine at the moment.  So, continue to breathe easy for a while longer.

Total nonfarm payroll employment rose by 145,000 in December.  This was modestly below expectations but in an economy of over 150 million jobs, the shortfall was a rounding error.  Employment for both October and November were revised downward by very small amounts.  The biggest gains were in retail trade and health care.

In 2019, payroll employment rose by 2.1 million compared to 2.7 million in 2018.  Given the low unemployment rate (3.5% in December-the same as in November), and the modestly slowing economy, this was a very good showing.

The latest Blue Chip consensus economic forecast suggests that real GDP growth in 2020 will be 1.9%.  Interestingly, for 2021 the panel suggests another 1.9% gain.  Discussion of recession has also faded somewhat.  The latest survey shows the probability of recession in the next 12 months to be 30.2% down from 37.0% a year ago.  Nonetheless, 30.2% is not low.  So, planners should hardly be complacent.

The ISM’s non-manufacturing index rose to 55.0 in December.  That compares to 53.9 in November and 58.0 a year ago.  Any reading above 50 suggests an expansion in that sector.

New orders for manufactured goods in November, down three of the last four months, declined 0.7% from October.  This follows a gain of 0.2% in October.   When compared to year earlier levels, orders were down 1.5%.

According to RealData, apartment vacancy in Greater Phoenix was 7.0% in the 4th quarter of 2019.  This compares to 7.2% in the 3rd quarter and 7.3% a year ago.  This reflects a tight market.  Rents over the last year were up a very rapid 9.0%, again, reflecting an imbalance in supply and demand.

In December, the supply/demand imbalance continued to get worse in the single family market in Greater Phoenix as active listings declined to 17,013 units compared to 21,375 units a year ago and 18,457 units in November.  This compares to an increase in resales of 7,764 units in December compared to 6,457 sales a year ago and 7,142 units in November.  As a reflection of this unhealthy situation, the median sales price, at $289,500, is up 11.1% from a year ago.  The watchword in today’s housing market is affordability.  Greater Phoenix has remained near historic norms in terms of affordability over the last few quarters only because of low interest rates.  So buy now!! 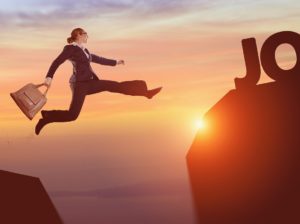