She’s taking on Elon Musk on solar. And winning.

Lynn Jurich, the chief executive of the residential solar company Sunrun, starts every morning with a mantra: “All people and all circumstances are my allies.”

It’s a relentlessly positive outlook, and one that has served her well as she overachieved her way from the woods of Washington State to the pinnacle of Silicon Valley. A bookish child, she overloaded on extracurriculars and got into Stanford. After a stint in private equity, she went back to graduate school and wound up cofounding Sunrun.

There were clouds along the way. She and her husband were stretched emotionally and financially as they both got companies off the ground, the skin-care brand Tatcha. Sunrun’s stock sank after its initial public offering in 2015.

But today, Sunrun is the leading installer of residential rooftop solar panels in the United States. Last year the company overtook Tesla, which got into the solar business after it acquired SolarCity, which was founded by Lyndon Rive, the cousin of Tesla’s chief executive Elon Musk.

This interview, which was condensed and edited for clarity, was conducted in New York City.

NEXT ARTICLE →
The Energy 202: Arizona’s biggest utility, which fought renewables in 2018, now wants to go carbon-free

Disruptor of the Year: Sunrun 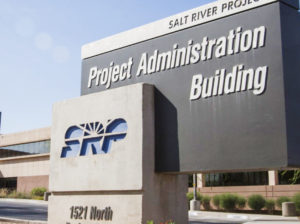