Citing her concern for the Constitution as well as the conduct of future presidents, Sen. Kyrsten Sinema voted Wednesday to convict President Donald Trump on the impeachment charges of abuse of power and obstruction of Congress.

The decision by Sinema, a moderate Arizona Democrat who was seen as a swing vote, was one of the last remaining questions hanging over Trump’s impeachment trial.

On both counts, when asked if the president is guilty or not guilty, Sinema said, “Guilty.”

Sinema’s votes put her in line with her Democratic colleagues and came hours after the president gave vocal support in his State of the Union address to a bipartisan Sinema bill to provide new parents with cash advances on their taxes.

Wednesday’s final votes in Trump’s impeachment saga capped a monthslong effort by Democrats to punish Trump for leveraging the power of his office to benefit himself politically. But Senate Republicans, who control the 100-member chamber, ultimately acquitted him by votes of 48-52 on the first article of impeachment and 47-53 on the second one. A two-thirds majority, or 67 senators, would have had to vote to convict in order for Trump to be removed from office.

Sen. Martha McSally voted with most Republicans Wednesday to acquit President Donald Trump of abuse of power of Congress.

Sen. Martha McSally voted with most Republicans Wednesday to acquit President Donald Trump of abuse of power of Congress and obstruction of the House of Representatives, cementing her alliance with the president ahead of her 2020 contest where she will ask voters to return her to Washington.

Senators voted largely along party lines against the abuse of power charge 52-48, and on the obstruction of Congress charge, 53-47.

McSally previously has said she deemed the evidence compiled by House Democrats underwhelming, and their arguments unconvincing.

In a written statement after her votes, McSally said removing Trump from office would have have disrupted the government and would have deepened the nation’s partisan divide over his presidency. The question of whether Trump should retain his presidency should be decided by voters, she said, not the Senate

NEXT ARTICLE →
Sinema, others defy Democrat agreement to wear white at State of the Union 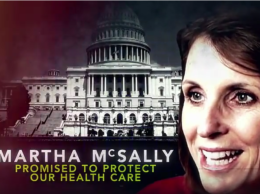 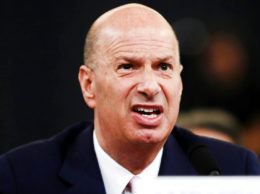 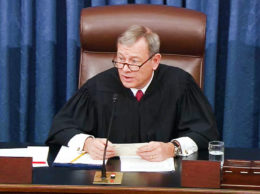