For divorced parents, navigating coronavirus is a balancing act; ‘now is not a time to hide the ball with a coparent,’ says Kaine Fisher, Rose Law Group partner, chair Family Law

What if a parent gets too sick? Or a child gets infected? “It’s just awkwardly, incredibly daunting now.”

In the midst of the coronavirus outbreak, Leah Chubb is also in the middle of a divorce.

Last week, she handed divorce papers to her ex, who has been living separately from her since Thanksgiving. Their kids — their child, Golda, 4, and Teddy, 8, from her ex’s previous marriage — have been dividing their weekdays between her and her ex, and alternating weekends at each home. And this is on top of a custody deal with Teddy’s mother (an E.R. doctor who just gave birth).

The juggling act has been messy but not toxic, complicated and delicate but not chaotic or brittle. And now, because of the pandemic, it has gotten much harder.

“It’s a pain,” said Chubb, who works as a project manager for a construction company in Portland, Ore. “But all this transactional child-swapping happened at school, which is closed now.” She sighed: “It’s just awkwardly, incredibly daunting now.”

Mixed-family mix-ups have been commonplace since the days of “The Brady Bunch,” a half-century ago, but today, children of America’s roughly 790,000 divorces, and children whose parents never married, are emerging as an unlikely flash point in the chaos of the novel coronavirus pandemic.

“This article shines a brilliant light on the daily challenges coparents across the country are facing during this unprecedented time. Now is not a time to hide the ball with a coparent. I coach my clients to be transparent and honest. I tell them that even though judges are a bit disconnected from their situation at the moment because of the virus, you can bet there will be a time not long from now that judges will look back to see how parents behaved during this time of crisis. I anticipate a flood of post-decree filings once this crisis passes because of very poor choices made by parents during this time.” ~ Kaine Fisher

NEXT ARTICLE →
Photo: No choir to preach to 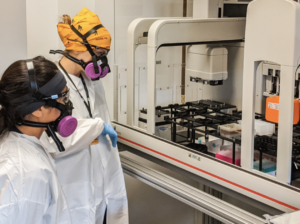