Here’s how most Americans really feel about wearing face masks

If there’s a culture war over masks, someone forgot to tell most of the public, a new survey finds

Most Americans consider wearing a mask near others a sign of respect and a matter of public health, a new HuffPost/YouGov poll finds.

In recent weeks, President Donald Trump and Vice President Mike Pence’s frequent eschewal of masks, combined with a few high-profile incidents of public protest, have seemingly threatened to turn the issue into another front for partisan hostilities. But public opinion on masks, like other aspects of the coronavirus crisis, doesn’t fit neatly into the hyperpolarized framework that defined past political battles over issues like impeachment.

There are still significant partisan and demographic divides, but they’re not so pronounced as to leave the two parties diametrically opposed. Rather, the gap is a matter of degrees, with a broad majority of Democrats and a more modest majority of Republicans offering support for masks and rejecting the idea that wearing them is a pointless practice or a sign of weakness.

NEXT ARTICLE →
Arizona aiming to reopen camps this summer, schools this fall 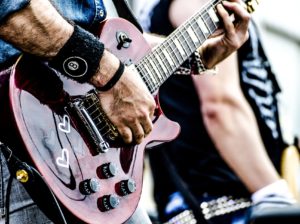