Old and poor: An especially bad combination in this Arizona county 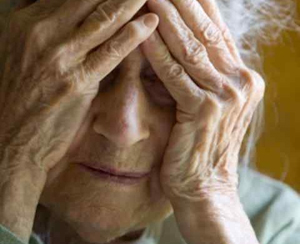 When 79-year-old Delilah Zipse slipped and fell in her trailer home, she didn’t call anyone.

Splayed on her bathroom floor, she couldn’t reach the phone. But even after more than an hour passed and she managed to prop herself up against the toilet, she decided not to bother any of her neighbors.

They had their own problems. Jim had also taken some falls. Reba was going blind. Dick recently developed asthma.

“We’re left out in no-man’s land,” said Zipse, who eventually dragged her badly bruised body back to her favorite chair and turned on the television. “There’s nobody here and nobody coming.”

← PREVIOUS ARTICLE
REGIONAL NEWS June 26, 2016; Vegas knows where its hockey arena will be