Surprise’s fast growth over the last two decades has sometimes been too fast.

That’s been certainly the case with transportation, where one of the Valley’s most northwestern cities hasn’t gotten its fair share of the pie.

City officials are hoping that changes with the possible extension of a transportation sales tax — but county leaders say more is needed than just a tax to serve the entire county’s transportation needs.

“I think it’s good that the government has to make up some tough trade off decisions,” Maricopa Association of Governments Executive Director Eric Anderson said. “It really forces probably the right decisions to be made on what projects need to be funded for the betterment of the citizens.” 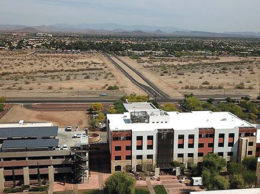